**I have to put a disclaimer on here. Harper picked out her costume. She has a new fascination with Ariel/The Little Mermaid. She wanted to dress up as Ariel for Halloween. I looked at patterns to make her a costume and it was a little too advanced for me. When we took her out to get a costume. She picked this dress out. It doesn't resemble anything that Ariel ever wears. It just has a picture of her on the dress. It was good enough for Harper.

The first two pictures were taken before trick-or-treating at Ryan's office. So cute. Rigs was a lion. Same costume as last year. Don't judge. 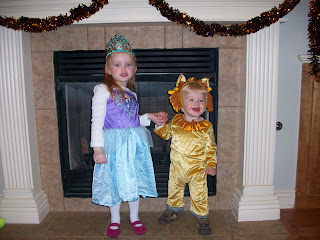 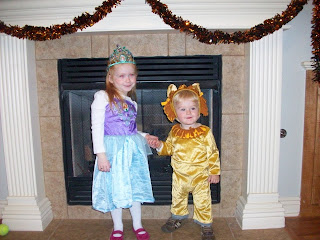 The next two pictures were taken either before or after trick-or-treating around the neighborhood. We did trick-or-treating with some friends and then had them over and had yummy soup. The second pictures is of all of our kids. Finn is the tortoise and Myma is the hare. How cute is that?! 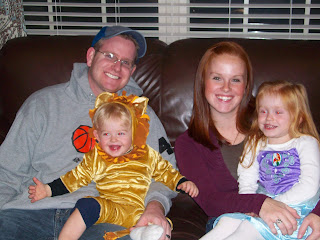 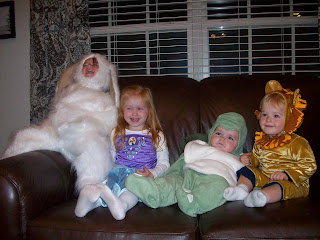