A couple of Fridays ago we were playing Bocce Ball in the back yard with our friends the Henkels. As we were playing our other friend Will drove up on his way home from work and said that his wife was in labor. He told us that he was going to check on her and if she was alright then they'd be out to play with us too. (Later they told us that she texted him at work saying "We might be having a baby tonight, but if not we're hanging out with the Bells and Henkels.") It took him a while to come back out and when he did he was alone. He told us that they needed to go to the hospital and asked us if we would be able to watch Little Ryan for them. We stopped the Bocce Ball game and moved the games inside to our place. After we got Little Ryan to bed we resumed the games.

We received a text message from Will around midnight letting us know that Little Ryan's new baby brother was here!

Little Ryan woke us up around 6:30ish the next morning. 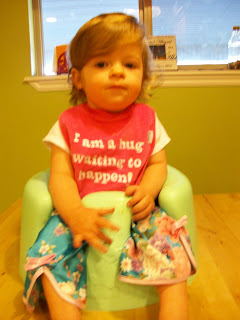 She had breakfast and played and had a nap and then we were on our way to go see her baby brother. 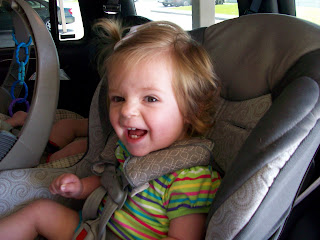 She was so excited!!! 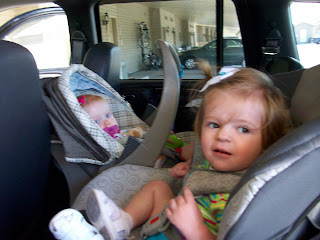 This next picture is of me holding the new baby. I haven't told you his name yet because we have a funny joke going on with our friends. When we first started becoming close friends with them, they were pregnant with Ryan. We would always joke and say that they liked us so much that they named their kid after Ryan. Haha. Well, that became even more apparent when they told us that they were naming their little boy, Owen. (For those of you who don't know, my maiden name is Owen.) Owen Eugene....Harper Jeane. I mean come on! Even though they aren't really naming their children after us, it's still fun. 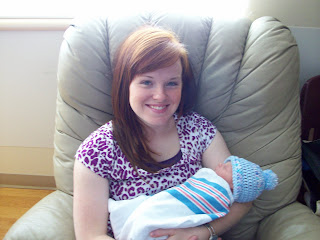 Congratulations Will and Nicole! We love you and we're going to miss you so much when you move! Hopefully, we'll move close by!
Posted by abbyB at 9:37 AM

I never made the connections between the middle names. I'm convinced they are using your names!