This year for Halloween, Ryan had the great idea that he and I should dress up as golfers and have Harper be a golf ball. It was a little over ambitious of me to take on the task of making her costume but I was pretty proud of myself. We had a ward activity that we went to. There was a costume contest and Harper got 2nd place. The prize was a book. We had a fun night! 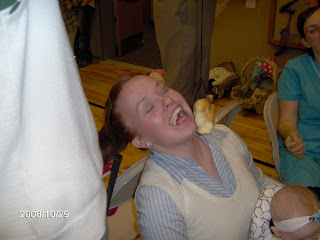 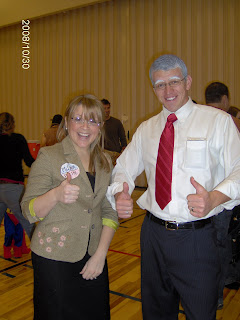 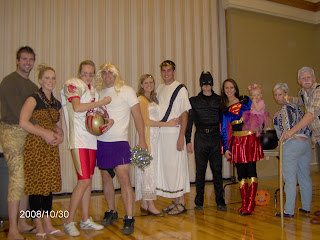 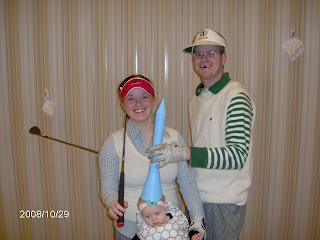 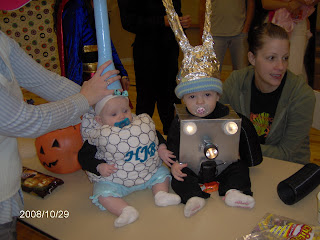 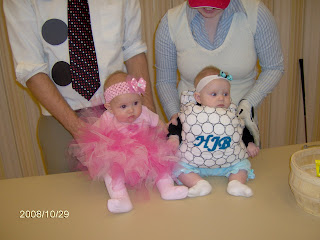 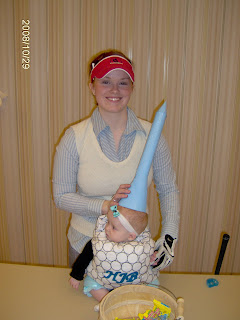 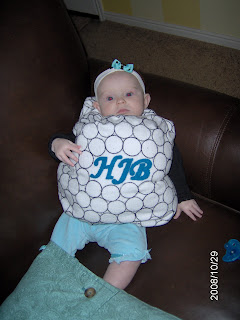 I LOVE IT! you guys are adorable!!

Genius!! Did you embroider that?